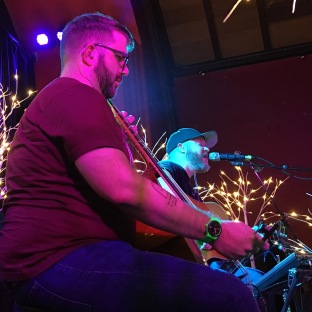 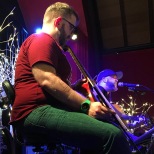 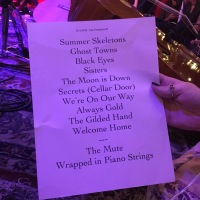 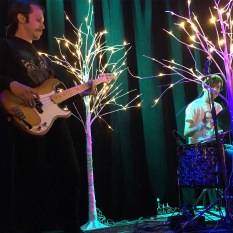 I first saw Radical Face back in Nov 2014 at Iceland Airwaves music festival, thanks to a girl standing next to me up front who said I MUST stay for his set (and boy was I glad I did). Not having known anything about him, I was quickly taken back by the clever tales that he strung into dark (yet witty) songs — tales backed by sweeping strings (my favorite, the cello!) and piercing percussion. I later learned that Radical Face – the moniker of multifaceted musician Ben Cooper — has “always wanted to write a book,” and so it makes sense that his songs are literally book chapters COME TO LIFE. At the early age of 19, Ben wrote two books that tragically were lost in a hard drive crash; but instead of giving up, he turned to music. “I thought: why not do them as records? There could be a set of people, and we follow their bloodlines,” he says, “and instead of passing down genetic traits, we could pass down melodic patterns that mutate with each generation.”

Taking flight with this idea, Ben began working on a series of records (recorded in the tool-shed behind my family’s house nonetheless) collectively called ‘The Family Tree.’ He explains the 8-year journey here: “It all began from a desire to write my own family saga, only in music form instead of a novel. So I started a series of albums that were all interconnected, beginning with The Roots, onto The Branches and finally The Leaves which I just released. Along the way, there were enough songs that didn’t fit within the length of each album, which I collected into a series called The Bastards. All of the songs are related to the others in some way or another, and this website was designed as a guide to help you discover all the different connections… A great place to start is ‘Family Portrait‘ which is the beginning of the Family Tree, all songs and stories stem from this one.”

This TREE-O of records (Bear Machine Records, Nettwerk Music Group) collectively garnered a strong fan base for Ben both in Europe (especially) and the States, and Ben was able to secure two nights back-to-back at the Chapel, the first of which was SOLD OUT. A down-to-earth Jacksonville native, Ben was shocked to see that all these people came to see him play some “sad bastard music” on a weeknight, and warned them of going “down the bummed rabbit hole.” Although some of his songs are indeed “dark” — ‘Ghost Town‘ (about a guy that ends up on the road cause he murders alot), ‘Black Eyes‘ (about domestic abuse), ‘The Mute‘ (about a kid who can’t hear) — he adds lots of levity in between with his dry humor and hilarious commentary. Standouts for me were Black Eyes, We’re on our way (with some intense hand-clapping that Ben joked was really a way to torture his band mates), Welcome Home (awesome “anthem-ic” sing-a-long by the crowd), and OF COURSE Always Gold (where Ben teased his drummer Nick about messing up the keyboard intro, haha). The encore of The Mute and Wrapped in Piano Strings (an oldie but goodie) were awesome as well, and we all perked up with a smile when Ben muttered “Don’t tempt me” in response to a fan requesting that he “Take his shirt off.” The only thing I left bummed about was not hearing ‘The Crooked Kind,’ as this is my absolute FAVORITE Radical Face song, and I was hoping to sing-a-long to the verse that still slays me every time: “So, collect your scars and wear ’em well, Your blood’s a good an ink as any.” For those of you on the East Coast, you can catch him next in Philly, NYC, and the Newport Folk Fest. A radical Radical Face that you definitely don’t want to miss!

(see below for videos and more detail from the show)

In the end, I was VERY LUCKY to have met these magic makers (see pic of me and Devon below) at both Green Man and Rough Trade East, and I CAN’T WAIT to see them again when they play the British Summertime Festival at Hyde park this Saturday (July 12, 2014) with Neil Young, The National, Tom Odell, and Lucy Rose. 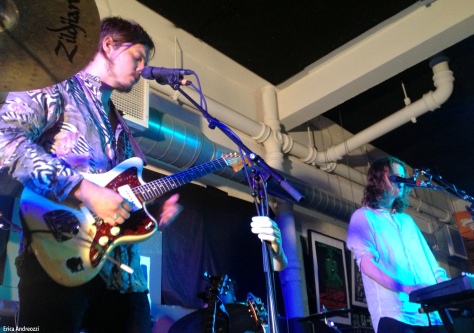 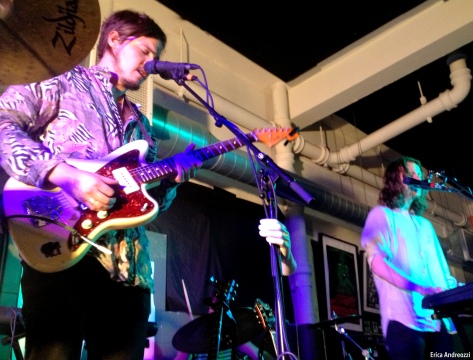 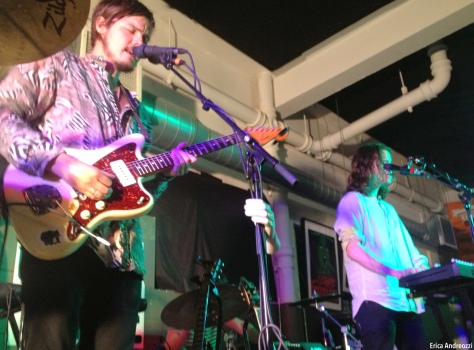 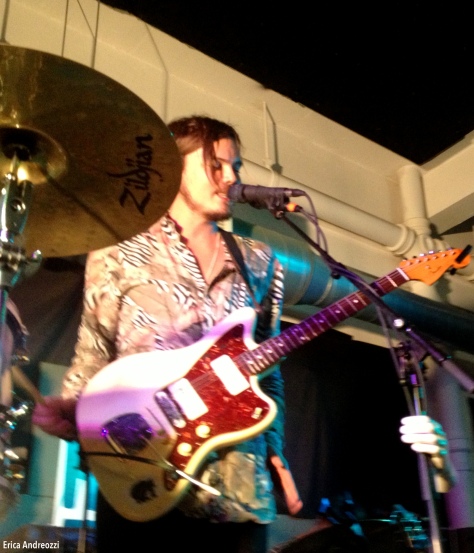 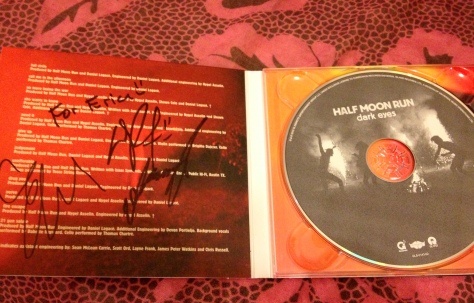 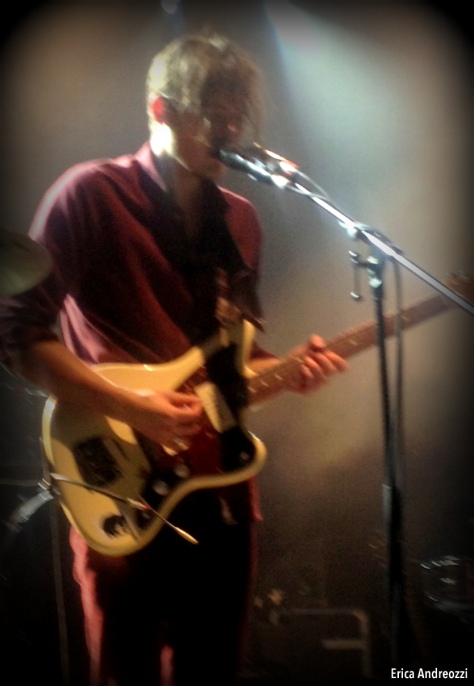 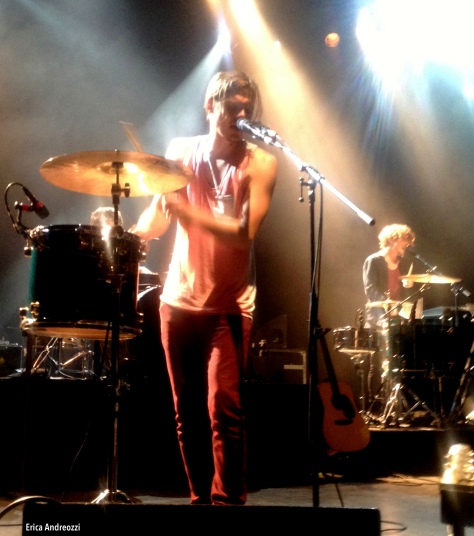 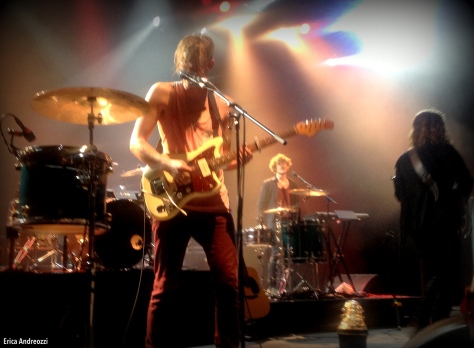 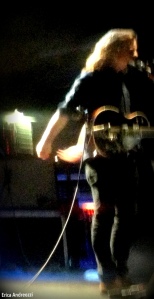 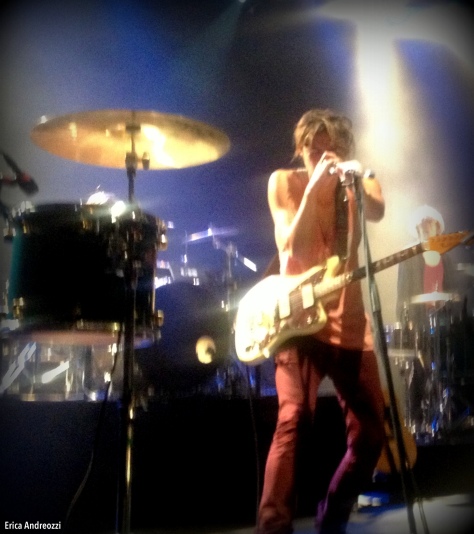 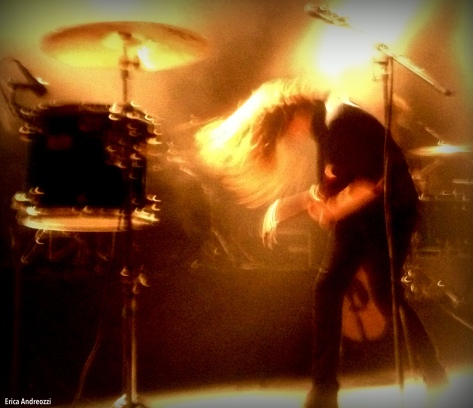 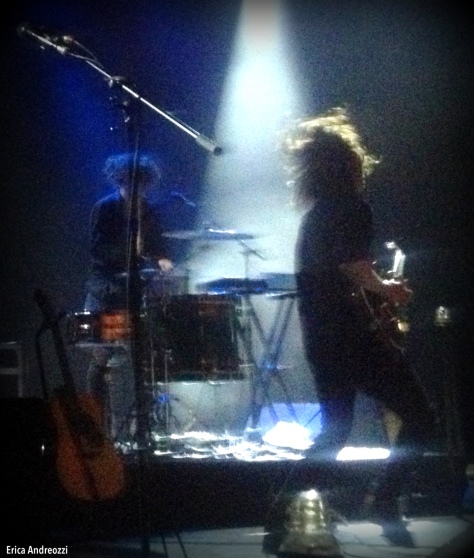 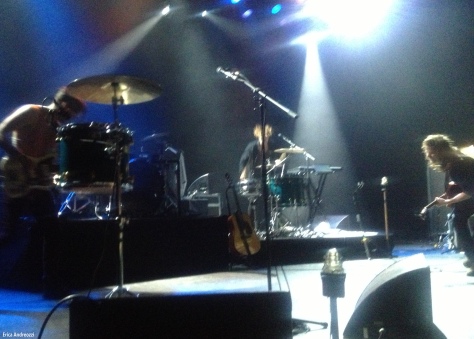 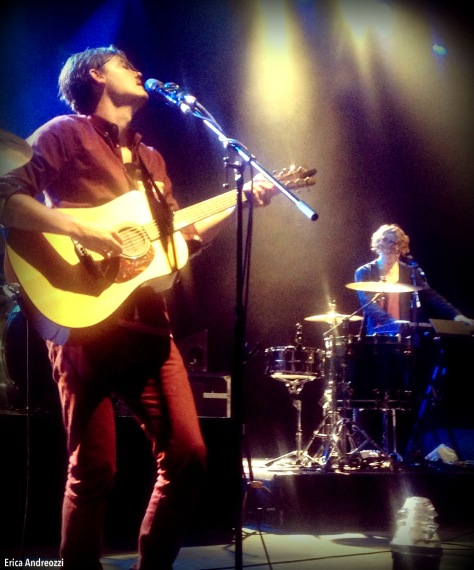 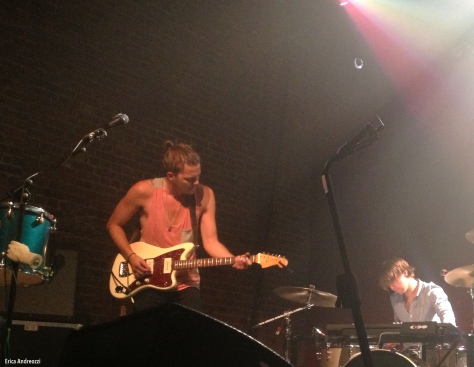 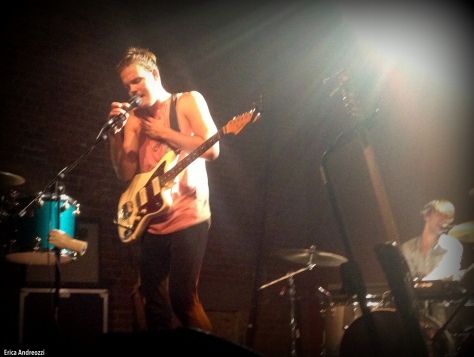 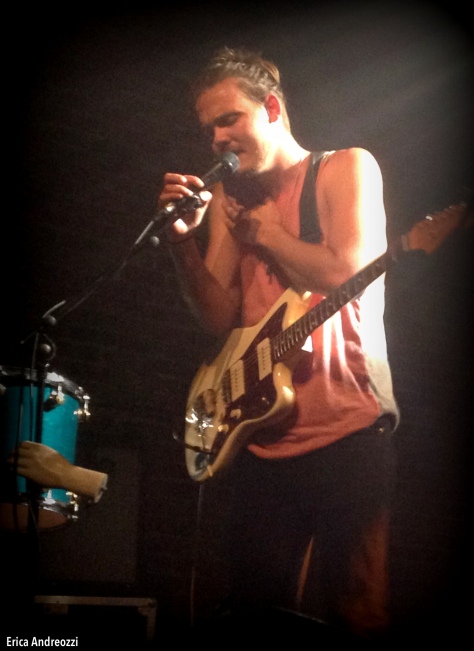 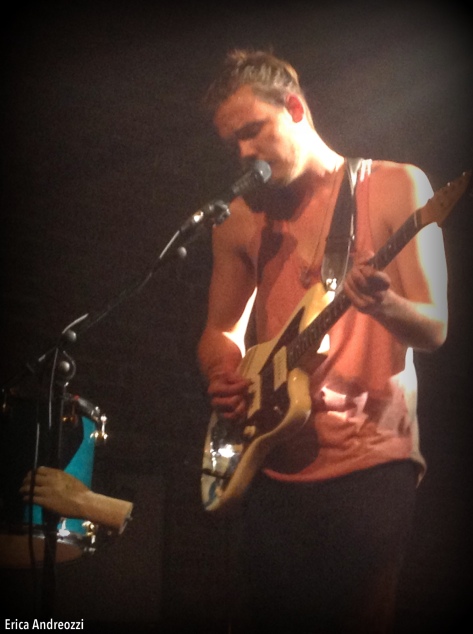 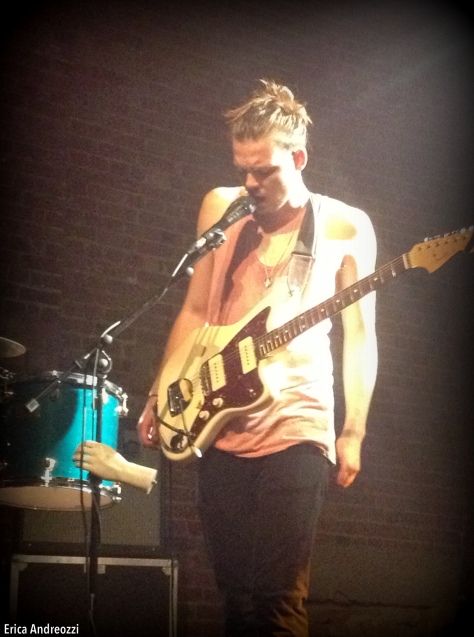 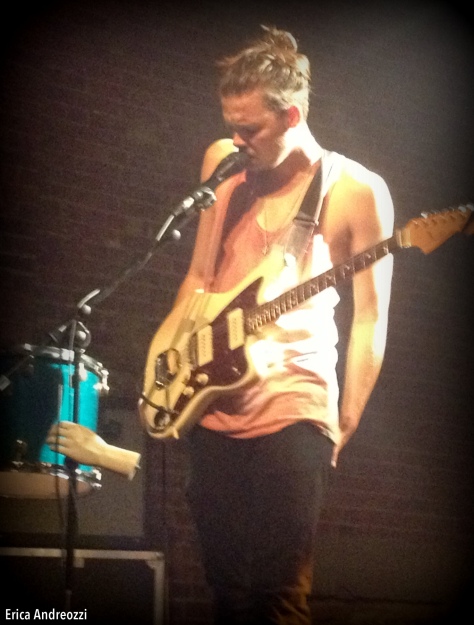 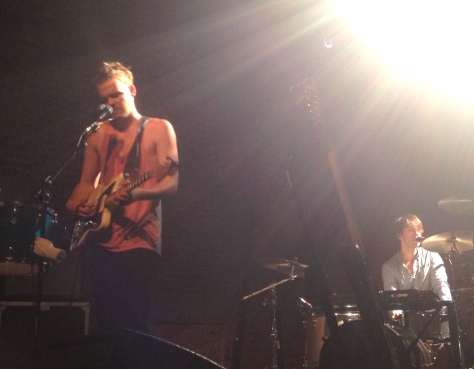 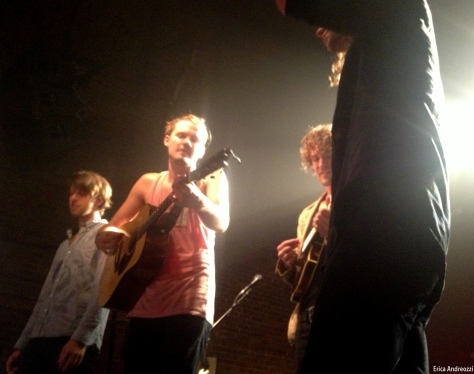 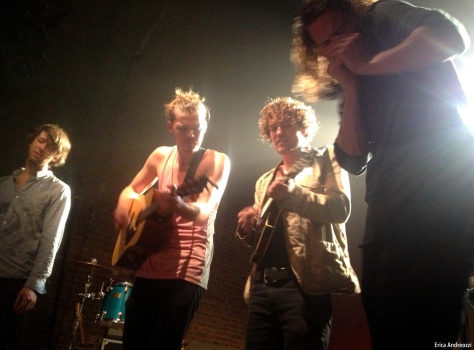 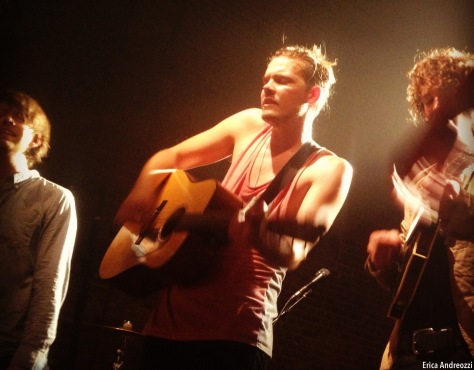