HAIM are three sisters from “The Valley” (in Los Angeles, that is) who had been playing music together since they were little kids but were SIX YEARS IN THE DARK until they had their BIG BREAK in early 2012. It’s difficult to describe their sound, but people often say it’s a combination of Fleetwood Mac, Patt Bentar, The Stokes, Prince (hard to imagine!)

Having played shows supporting artists such as Edward Sharpe and the Magnetic Zeros and The Henry Clay People, HAIM blew up after releasing a 3 song EP, Forever, in Feb 2012 as free download. Talk about a donation that paid off!  That EP received a lot of attention from press and the general public, and riding our a HIT PERFORMANCE at SXSX in March 2012, HAIM quickly signed to Polydor Records. If that was’t exciting enough, their sound caught the attention of the LEGENDARY Mumford & Sons, and HAIM was invite to go on tour (“Gentlemen of the Road” ) with them in the UK/US in the summer 2012. HAIM also toured with Florence and the Machine in the UK /Ireland in December 2012 before hitting up an absurd number of gigs/festivals for the summer of 2013: Summer Stampede (also part of “Gentlemen of the Road”), T in the Park, and Glastonbury (just to name a few). 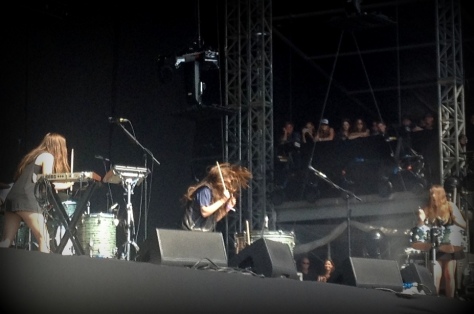 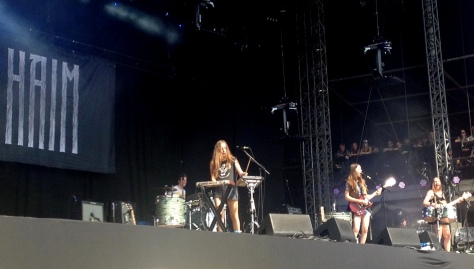