Geographer is an American indie rock/pop/electronic band based in San Francisco (BEST CITY in the states) that consists of Mike Deni (vocals, guitars, synthesizers), Nate Blaz (cello, synthesizers) and Brian Ostreicher (drums, vocals). Band members have described their sound as being “soulful music from outer space.’ This space sound is conceived from a mix of analog, electronic and acoustic elements to craft dense layers and unique sound textures. (The whole time I thought it was “MAGIC,” haha)

Initially from New Jersey, Mike moved to San Francisco to escape family strife and learned that he could quiet those demons/suffering/pain by making noise with a synthesizer he found on the street (only in SF). He began to channel his experiences into the songs that would become their first EP, Innocent Ghosts, and mixed/recorded these tracks with Nate and Brian (who originally met while attending the Berklee College of Music, in Boston before moving to San Francisco).

Having listened to Geographer’s EP (Animal Shapes) and first CD (Innocent Ghosts) NON-STOP ever since I found out about them in November (from Tanyawan Norachit at the WU LYF show), I was so AMPED that they had just come out with a second album, Myth, and that they would soon be touring. And, there was NO BETTER PLACE to FIRST SEE Geographer than in their current home base (San Francisco), and at The Independent, my favorite venue in the city. With only ~350 capacity, this venue is till quite tiny, and you best believe I was going to take the opportunity to be right up against the stage (FRONT & CENTER) for their performance. I was so absolutely BLOWN AWAY by the whole experience, and I loved watching how all the different layers of sounds were whisked into melodies that perfectly complimented Mike’s lovely vocals. Geographer = Bubbly synths, pulsating cello, and hauntingly whimsical falsetto. I am STILL disoriented from the magic. They are by far one of my favorite bands, and the fact that they lie in SF makes me hope to run into them at some point when I move back from Europe.

Waiting for Geographer to come on, I met two awesome chicks (Cori Freeland and Lissette Herzel) that were also up front with me.  They both had mentioned that their work (SAY media) had a private party with Geographer and Bombay Bicycle Club a week earlier. WHAT?! I need to CRASH those kinds of parties!! Although, I probably would have a better chance of running into them on the streets of SF…since they live there and are posting photographs on facebook of them in the city. In fact, I was told that Mike, Nate, and Brian they often frequent the SF t-shirt store, San Franpsycho, and are good buddies with the owners. Aside from Cori and Lissette, I also met Kevin Michael Ramos at this gig and later ran into him AGAIN when I saw Geographer at Outside Lands music fest in August 2012 (see pics below). Small world! I love the scene of Mike crowd surfing in the sea of his SF locals and the sign, “This is a Good Sign” right behind him. Paige Parsons, and epic music photographer who I met at The Twilight Sad gig a month earlier, has a really awesome picture of this scene as well. x

I was SO STOKED when Geographer came out and OPENED WITH Life of a Crime, which was not only one of my favorites, but my THEME SONG for the months of February/March. Could have not been more EPIC! The lyrics were on constant replay in my mind:

“But there is nothing here to hold on to, except the possibilities
When I was young, I had a vision…
Said this life was made for the LIVING…if this is life AT ALL.”      (in sync with my current mindset)

They alternated back and forth with old songs and new songs, playing Verona, Kaleidoscope, Kites, The Myth of Youth…and then Cori and I started jumping up and down when we first heard the intro of Original Sin!!! We were talking about how that was one of our favorites…and she mentioned how disappointed she was when they didn’t play it at her work party. Both of us were in a crazy lil’ trance for that song- hands planted on stage, heads bobbing up-and-down/side-to-side like bobble heads. ROCK ON.

Love the intro line of Kaleidoscope:

“Now it’s gone. Turn the page…In a year we won’t remember what we meant to say.
So fill mine…Tell me why. We’re looking through kaleidoscopes at each other trying to see inside.”

I was a little upset that they didn’t play Night Winds, Atmosphere, Rushing In, Rushing Out, Underneath My Heart, Caught a Fire, and In the Morning (I really LOVE that album!). However, they did play one song: Can’t you wait, which was a nice unexpected treat. Mike asked the crowd about the Innocent Ghosts album and was surprised that anyone even knew about it. I do! It’s one of my favorite albums of my time in California (2007-2012), and it’s drawing me back! (Def left my heart there…)

Listening to these lyrics from Underneath my Heart were what got me through my bold experiment of moving to London in Nov 2012:  “Go, you’re on your way, The hardest part, is counting days..” 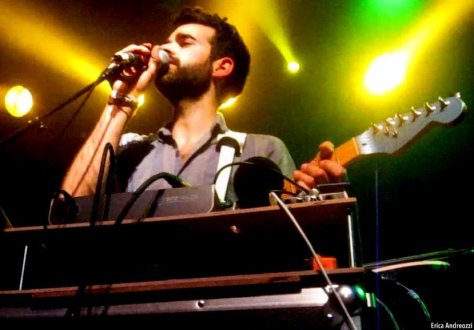 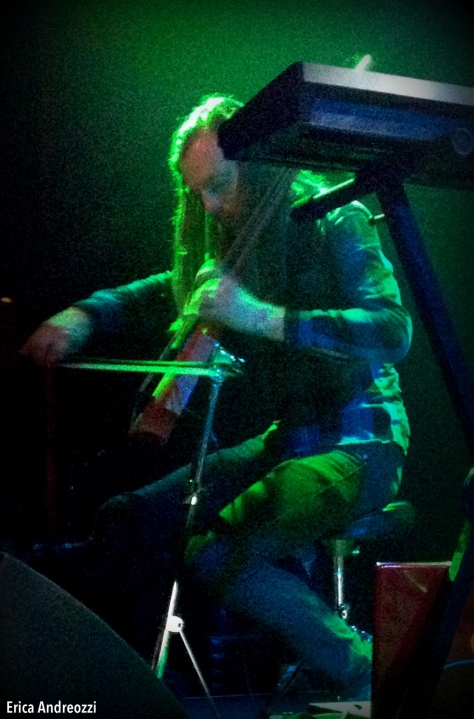 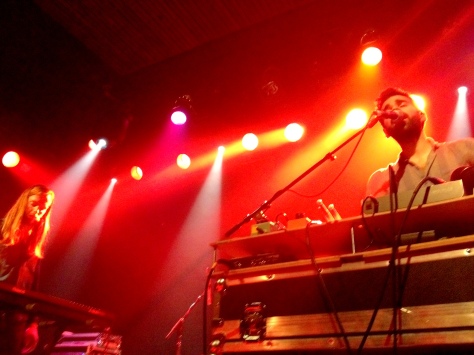 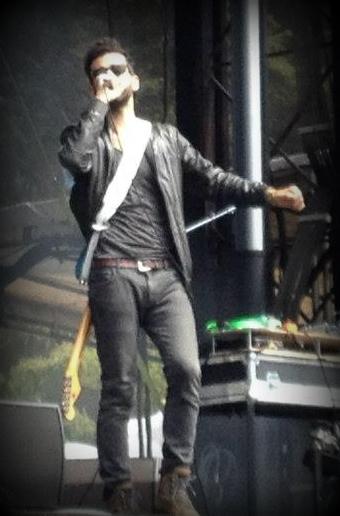 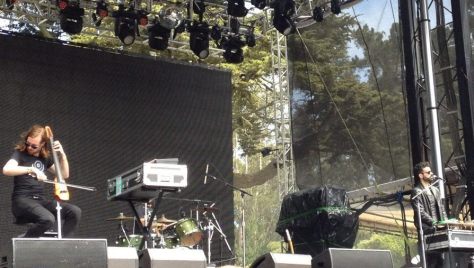