I first saw this London-based indie/folk trio (Andrew Davie, Kev Jones, Joey Haynes) with my friend Mairi at a popular, tiny venue in Glasgow called Nice N’ Sleazy’s. We we pretty much ON STAGE for that gig (super close up), and simply mesmerized by their beautiful folk ballads, especially Bad Blood, Pompeii, A Year Ago Today, and Don’t Let the Sun Steal Your Heart Away. When I first heard Bad Blood that night, I knew it would become one of those few (and very powerful) LIFE ANTHEMS that I would revisit on a regular basis. An then to later hear a stripped down reincarnation of it at the Village Underground (see video below) with no amps or mics was pure divinity. Brutally honest lyrics that I can remember always remember in a heartbeat: “Forgive me for I am not acting myself, I’m just trying to rid all this bad blood. All this baaaaad blood.”

It was at this Glasgow gig that I first met the Bear’s Den drummer, Kevin Jones, who also happens to be the founder of the record label and music community Communion (along with Ben Lovett of Mumford and Sons). I saw him again at their next London gig (St. Stephen’s Church) a month later and ended up sitting next to his cousin! Haha. It really is a small world when you consider the loyal fan base of many UK bred bands.

I later went on to see Bear’s Den SIX more times, my favorite gig being the one at Village Underground. This was right after the release of their new EP, ‘Sahara,’ and  the title track was my anthem for a good month. Sooooooo freaking good. Opening as a slow, mournful ballad, this song suddenly breaks out into a joyful, folk-drive shuffle that oozes all sorts of empowerment. YES. Hands down my favorite track on the new Bear’s Den EP, ‘Without/Within.’

I saw this gig was my friend Belle, another music junkie who had first spotted the incredible talent of Andrew Davie when he was the frontman for a Cherbourg in 2010. Again, SMALL WORLD! Good music doesn’t just come and go. It sneaks back up on you with a vengeance! 😉

Here are some of my favorite Bear’s Den lyrics that still slay (or claw) me:

“Don’t let the sun steal you away,
Don’t let your mind speak louder than your heart.”  –Don’t Let the Sun Steal Your Heart Away

“I didn’t know when I started runnin’
I’d be runnin’ my whole life.”  –Sophie
(very relevant to my  nomadic postdoc life right now)

Don’t Let the Sun Steal Your Heat Away:

The Writing’s On The Wall: 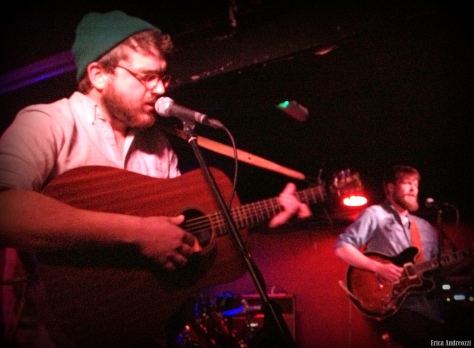 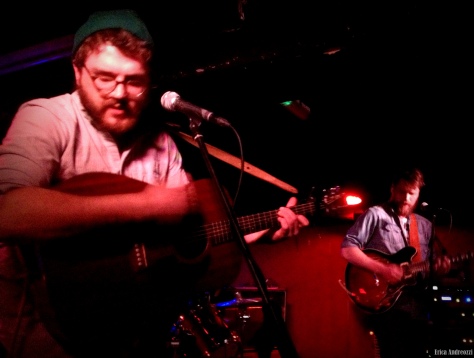 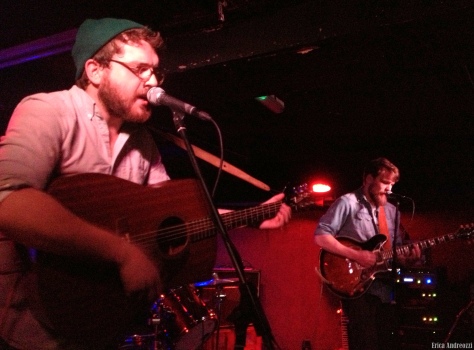 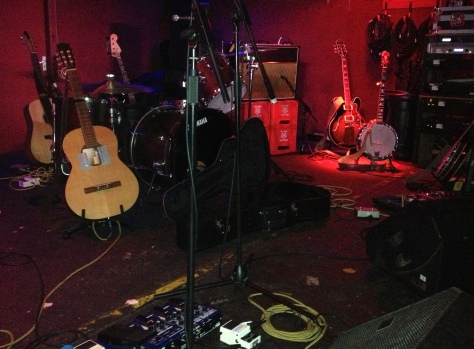 Getting myself in the BEAR DEN.  😉 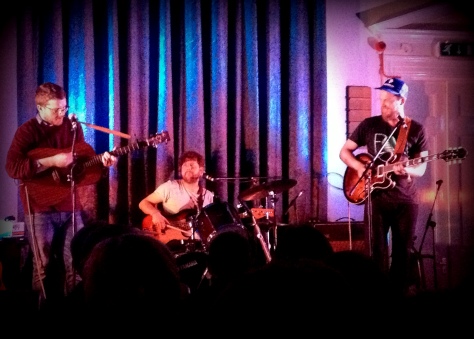 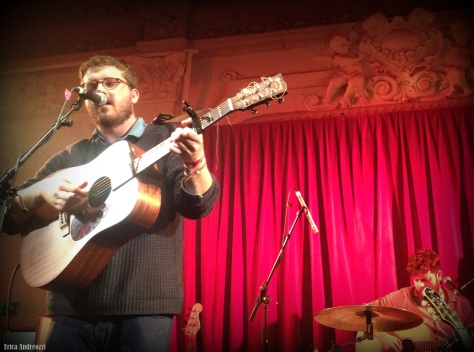 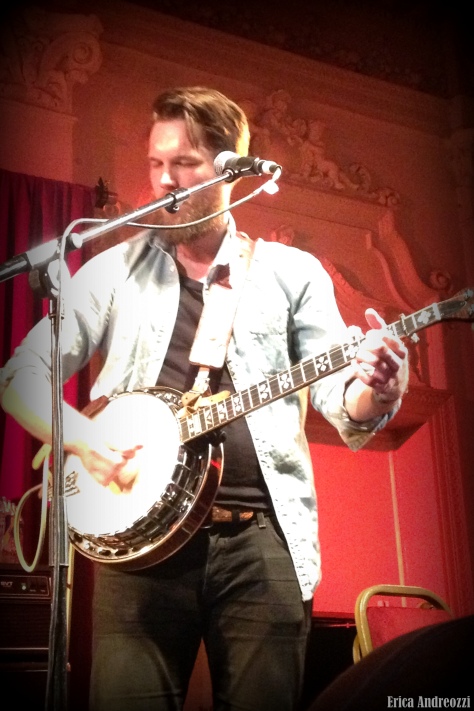 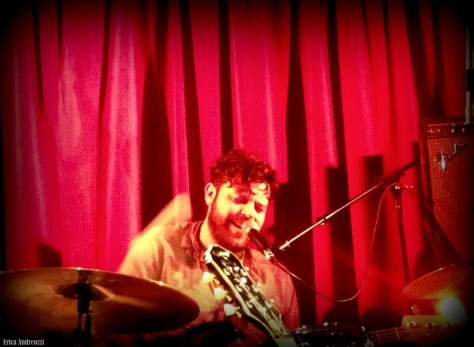 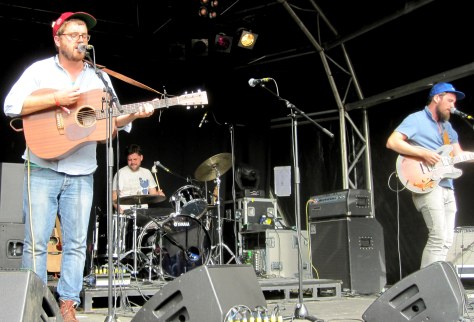 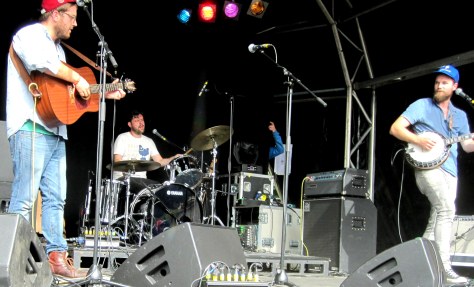 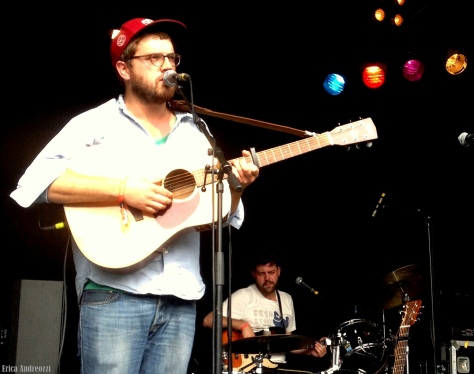 Writings On The Wall: 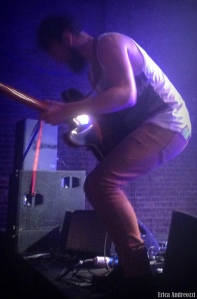 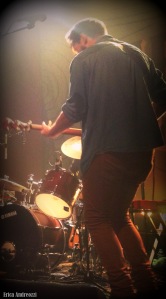 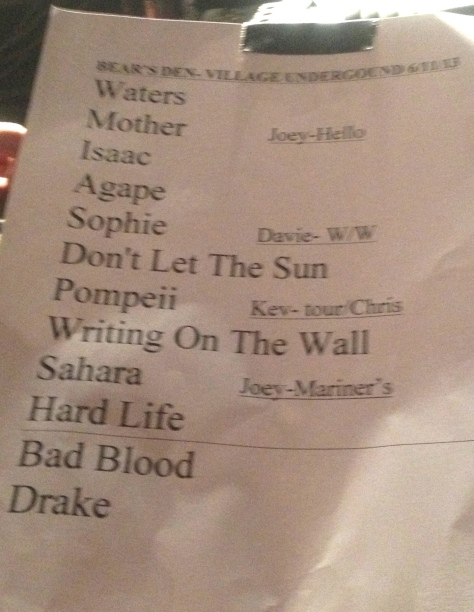 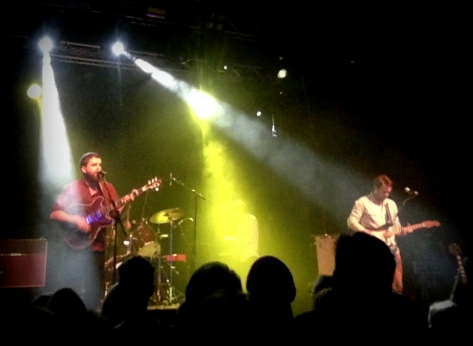