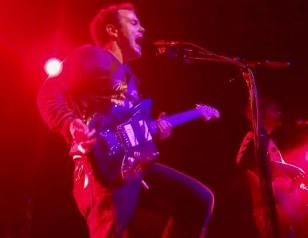 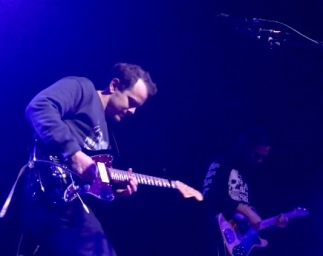 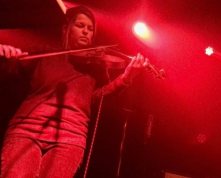 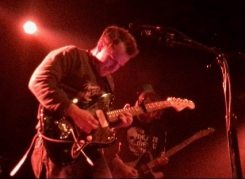 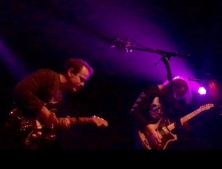 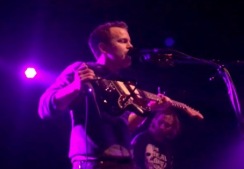 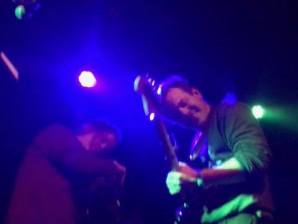 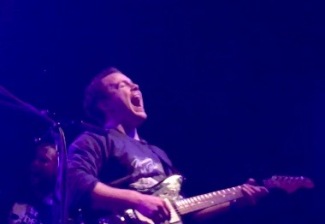 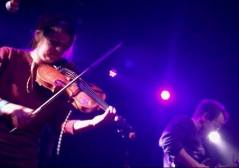 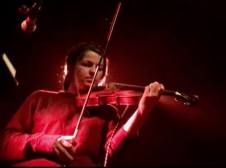 Having waited over SEVEN YEARS to see Typhoon live, this night at The Independent seemed all a bit surreal. What pacified me in the interim was catching the mindblowingly-talented mult-instrumentalist and visionary behind this 9-person indie/folk rock, Kyle Morton, live in concert at The Swedish American Hall back in Jan 2016. Although this was only second night on tour in support of first solo album, ‘What Will Destroy You,’ Kyle received a standing ovation from his SF crowd. New tracks like ‘Sickness Until Death,’ ‘Water Torture,’ and ‘Survivalist Fantasy,’ found new homes in our hearts, despite old gems like ‘Claws, Part II,’ ‘Common Sentiments,’ ‘Honest Truth,’ and ‘Morton’s Folk,’ having been rooted there for years. (see below for videos) It was Kyle’s emotional rendition of ‘My Little Darling Knows My Nature‘ that hammered on my heart-strings the most, especially after raising his hand to show his wedding ring, saying he “did all right” (for his little darling is now his wife):

The allure of Typhoon lies in their pensive, visual narratives and its capricious, temperamental nature (just as the tropical storm would suggest). The songs that truly TAKE US BY STORM (Artificial Light, Young Fathers, CRP/ Claws Part 2, The Lake, Summer House, Hunger and Thirst, Common Sentiments) are those that sweep us off our feet with ease and move us on a suspense-ridden journey laced with sharp twists and turns. In fact, I thought ‘CRP/ Claws Part 2‘ was 2 songs when I first heard it, for there was a distinct, abrupt change in the rhythm and instrumental arrangement halfway through. The same goes for ‘Common sentiments.’ I adore the juxtaposition of Kyle’s harder guitar and deeper voice with Shannon’s softer strings (violin) and higher-pitched vocals.

We all had been waiting nearly 5 years for Typhoon to return with a new album, for their last one (‘White Lighter‘) was released back in 2013. This newest album, ‘Offerings‘ (the fourth in their collection) stood out to me as the most ominous and most mysterious, for many of the lyrics (and associated voice recordings) have you furrowing your eyebrow (especially mine!) and questioning the intent. ‘Offerings‘ opens with a thought-provoking prologue (“Listen — of all the things that you are about to lose, this will be the most painful“) before launching into a song (‘Wake‘) about about a man “preoccupied with memory, losing memory, and trying to recapture memory.” Kyle mentioned wanting to explore “the dual theme of (1) what it means to be a person stripped of all memory and (2) what happens to a world that loses all sense of history (read: modern America).” YAAAAS. ‘Wake‘ was certainly the perfect wake-up call for the album, and the startling, unexpected uproar of violins and guitar shredding together (2:30 min) immediately following this plea was absolutely PERFECT: “But if there’s nothing, if there’s nothing Then what’s that song that keeps hounding me? …. this is not your loss, this is your offering”. I love how it’s then followed by Kyle shouting “Asa nisi masa” as if an SOS cry for help.

‘Wake‘, ‘Rorchscah‘ and ‘Empiracist,’ are my three favorite songs on the album, and just happen to be back-to-back. Other favorites include ‘Remembering‘ and ‘Unusual‘.

‘Rorchscah‘ highlights Kyle’s concern of people losing all sense of history, describing the navigation of our world solely via tv, computers, and Iphones (“Eyes on the screen, We have all the information now, but what does it mean?”), which, despite “all our (technological) progress,” leaves us wondering “what happened to the life we lost, that got lost in the living?” (I love the call-and-response between Kyle and Shannon’s vocals). “All this fiction make me nervous,” Kyle mutters, as if to call out those who have so easily forgotten our history, the “sacrificial violence” (bloodshed, bombs), and who “edit” the “film in their brain.” TRUTH BE TOLD.

‘Empiricist‘ also has some intriguing lyrics, my favorite being “But you can’t help wonder, who is this person you celebrate?… It’s still your birthday, so blow out your past lives like they’re candles on the cake.” Wow. That certainly stings. Kyle dishes out even more cynicism in ‘Unusual:’  “This brave new world— It’s gonna take some getting used to… Yeah, it’s cruel and unusual, Can’t tell the punishment apart from the crime.” Nevertheless, my favorite lyrics from this album are in the song, ‘Remember,’ for it emphasizes urgency (“Just make your move before you have no move to make”) and constant curiosity (“How long can it take?”)  HECK YES.

I think it’s safe to say that these Typhoon ‘Offerings‘ (in the form of their fourth album), offered more reflection, self introspection, and confusion than any before, all in all reminding me of a quote from Salvador Dali (who I thank my fellow music buddy Alex for mentioning): “What is important is to spread confusion, not to eliminate it.” AMEN. Can’t WAIT to see Typhoon again at Sasquatch Music festival at the end of May. 🙂

One thought on “Typhoon: “But if there’s nothing, then what’s that song that keeps hounding me? .. this is not your loss, this is your offering” – The Independent (Feb 13, 2018)”