Hot Feet are an indie folk band from Stroud, Gloucestershire, made up of Marianne Parrish (vocals), Jack Page (guitar), Lachlan McLellan (bass) and Rob Pemberton​ (drums). They draw influences from blue grass, folk, and blue, but the core melodies of their music feel like they originate from the countryside (where Marianne live when she’s not playing). Marianne is an exceptionally talented singer, and her vocals remind me a bit of Joni Mitchell, Laura Marling, and Florence Welch (of Florence and the Machine).  He vocals soar in Sedation, Under October (my favorite!), and Wood House. When I first played ‘Under October‘ for my friend Cathy, she said, “I just want to flood the room with this music!” (YES PLEASE). Their debut EP, Wood House, which was written in a small cabin on the east coast of Sweden and recorded in a remote studio in the Scottish Highlands, was produce (with much love and dedication)  by Pete Roe, long-time friend/produce of Laura Marling and gifted songwriter himself. Both times that I saw Hot Feet in London was when they were opening for Pete Roe. Also joining them was Sam Fender, who is also in similar music circles.  See pics and videos below. 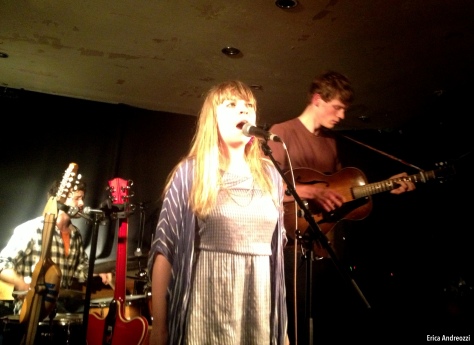 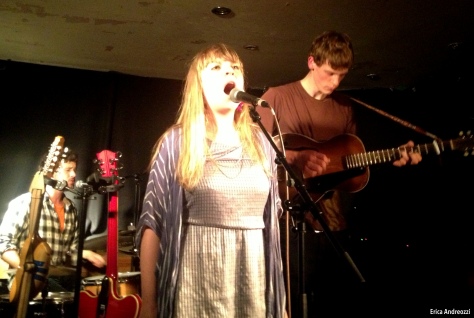 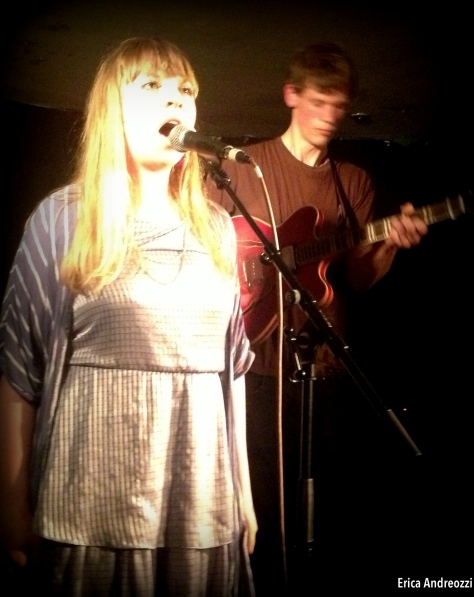